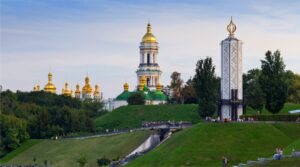 1.7.2018
Further Follow-up Orders
We are looking for providers of wood and metall products from Romania and Ukraine on behalf of LANDI Switzerland

20.6.2018
Business Partner Search in Romania
We tour half of Romania for the search of unexpensive and reliable partners of wood products on behalf of LANDI Switzerland

20.6.2018
IT Hub in Eastern Europe
Systematic comparison of locations in eastern european countries for a renowned Swiss producer of sun shades.

22.07.2017
LANDI Switzerland gives another mandate to ASCENT
Ascent receives a mandate by LANDI Switzerland for the search of suitable partners in Bulgaria, Moldova, Serbia, Ukraine, Belarus and Russia.

20.12.2015
Renewal of the Energy Sector in Belarus
ASCENT collects information about companies in the energy sector for a specialized Swiss company.

17.10.2015
The Office of the Attorney General of Switzerland
We translate a large file of a criminal investigation from an Eastern European language.

17.08.2015
Search for Distributors
A trading house of electronics equipment commissions Ascent with the search for distributors in Ukraine.

10.06.2015
Mandate by UBS
Ascent’s staff in several Eastern European countries participate in the UBS survey on prices and living costs around the world.

21.12.2014
Software Company opens up in Kiev
Ascent supports a young Swiss entrepreneur who sets up a production in Kiev.

05.08.2014
Study Tours to Eastern European Countries
After the successful study tours to Moscow in 2013 and the planned tour to Warsaw in September 2014 Ascent launches a special program for educational tours to Eastern Europe. Details can be found on the project site ascent-study-tours.info

15.07.2014
Company Foundation and Accounting in Kiev
A Swiss forwarding company mandates Ascent to found a daugther company in Kiev and to take over the accountancy of the subsidiary.

06.07.2013
Visa Service for Belarus
Ascent’s business partners enjoy a full service for invitations and visas for Belarus. We also help to get work permits for employment of foreigners in Belarus.

17.06.2013
Partner search in Kazakhstan
A leading Swiss fire-security systems company is planning to expand into Kazakhstan. Ascent’s representative in Astana provided a market analyses and a list of the potential partners.

31.01.2013
Delegation from Kazakhstan to Switzerland
Ten members of a delegation from Kazakhstan – economists, lawyers and social scientists will travel to Switzerland at the invitation of Michael Derrer. In the program: a visit to the city administration of Rheinfelden, to the largest beverage company in Switzerland, and the participation in a conference on innovation economics that we organize at the University of Lucerne for Applied Sciences.

15.10.2011
International Liason Officer in Ukraine
Ascent is mandated with the head-hunting of a ILO in Ukraine for a large German company in the defense industry

26.07.2011
Search for a Manager in Romania
A logistics company extends its activities to Romania and asks Ascent to select a local manager.

27.07.2010
Company registration in Ukraine
Ascent receives an order to found a company in Western Ukraine, to select its management and to support the development of its activity.

09.10.2009
Swissinfo in Russian: Successful pilot project
After six months the pilot project ends for a Russian language version of swissinfo.ch. During this time, our company has translated into Russian about 100 articles in the fields of economics, politics, culture and sports. Now the Swiss authorities are considering a permanent Russian-language info site.

13.09.2009
Chief accountant for Sofia
A German engineering company with a subsidiary in Bulgaria requests Ascent to search for a chief accountant.

02.08.2009
Recruiting in Slovakia
We receive an order to search for the technical specialists in western Slovakia.

29.05.2009
Presentation in Moscow
A Swiss retail chain contracted M. Derrer for a presentation on business opportunities for foreign firms in Russia. The event took place in Moscow in early June.

06.05.2009
Talk at DHL – Event
M. Derrer held a presentation on economic developments in Eastern Europe at the Seminar organized by DHL for Swiss exporters in Lucerne on 17 June.

06.05.2009
Market development Romania
In cooperation with our partner company Fargate, Ascent receives an order for the market development in Romania, on behalf of a specialized Swiss construction company. Even in the current adverse economy there are interesting business opportunities in Romania, based on the EU – funding of infrastructure projects.

05.05.2009
Recruiting in Romania
Ascent receives an order to search for a Personal Assistant for the Romanian branch of a Swiss trading company.

03.05.2009
Reporting from Moscow for Swissinfo
Michael Derrer has been asked by the official Swiss news agency to write a report about a Swiss-Russian conference in Moscow on the current economic crisis.

04.02.2009
Translations into Russian for Swiss Info
Ascent receives the order to translate a series of articles about the Ice Hockey World Championship (April/May 2009) into Russian, on behalf of the Swiss news agency Swissinfo.

21.01.2009
Opportunities for exporters in Russia
For the second time M. Derrer holds the Swissexport – Seminar about successful business in Russia. Even in a slowing economy there are many business opportunities in this country.

24.11.2008
Search of Distributors in the Czech Republic
We take over the systematic search for suitable Czech partner companies with existing contacts in the local car industry on behalf of a Western engineering company.

14.11.2008
Marketing research in Romania
A Swiss metal construction company commissioned us to search for suppliers in Romania.

21.09.2008
Labor market study in Czech Republic
Ascent studies the labor market in the northern part of the Czech Republic for a large German glass-producer that evaluates the opening of a local manufacturing plant.

15.09.2008
Company foundation in Ukraine
Ascent Ukraine receives an order to found a local subsidiary of a Swiss company in the computer industry.

10.08.2008
Comparative study of four regions in Serbia
On behalf of a German customer we compare four Serbian regions as an investment location for a manufacturing company.

01.07.2008
Exploration trip to Romania for a Swiss engineering company
In order to select the appropriate suppliers we and the representatives of the client company visit several companies in south-eastern Romania.

02.04.2008
Admission to the Association of Translators and Interpreters
M. Derrer is accepted as a full active member, after successfully passing the exams of the Swiss Federation of Translators, Interpreters and terminologists ASTTI. He is now accredited for the following language combinations: Russian, Polish, Czech and Romanian to German in the field of economy and business.

22.03.2008
Business trip to Albania and Kosovo
Another business trip in late April was conducted to evaluate these countries as industrial sites for a large production company.

22.03.2008
Trade Mission to Bulgaria
Ascent organized a business trip to Bulgaria in April 2007 for a German customer in the automotive industry, with the aim to find an optimal production site.

02.03.2008
Seminar for business success in Russia
On 26 February 2008 M. Derrer held a seminar ‘Developing and maintaining business relationships with Russia’, organized by the Swiss Export Association in Zurich.

15.01.2008
Recruiting in Slovakia
Ascent conducts the search of specialized personnel for a Swiss company in Slovakia.

01.11.2007
Projects in Belarus
Ascent takes over different tasks in Belarus, particularly in the field of legal advice, and paralelly develops its local representation in Minsk.

05.07.2007
Presentation for MBA at ETH Zurich
M. Derrer is invited for a presentation on the Russian economy for the participants of the MBA Supply Management at the Technical University ETH Zurich. His presentation deals with the risks in this country, which continue to exist despite the impressive growth figures of the Russian economy, as well as the difficulties that the foreigners active in Russia are likely to face.

02.06.2007
Delegation to the Republic of Moldova
A well-known German industrial company requested Ascent to organize an exploratory mission to Moldova to study possible locations for a large manufacturing company. The delegation of the client company was accompanied and supervised by M. Derrer and Ascent’s head of the local representation T. Batushkina.

21.05.2007
Further Headhunting Order in Moscow
After the positive outcome of the project in 2006 Ascent receives another headhunting mandate for the search of a Technical Sales Manager in Moscow.

24.03.2007
Market Study Russia and Ukraine
Ascent conducted a comprehensive analysis of the market potential in countries of the former Soviet Union for the world market leader of an industrial product. For this work, a project team is built of our company employees in Kiev and St.Petersburg, who possesses the necessary skills for the legal, economic and technical aspects.

20.02.2007
Synthesis paper for DHL Switzerland
DHL Switzerland ordered Ascent to write a paper on the practical consequences of the EU integration of Romania and Bulgaria.

09.01.2007
Analysis for Dow Jones Germany
Ascent wrote an expert review of the accession of Romania and Bulgaria to the EU on behalf of Dow Jones East Economic Report.

30.11.2006
Legal Expertise
We provide legal expertise about mergers and acquisitions in Ukraine for a Swiss company.

09.10.2006
Outsourcing of company accounting
As an additional service Ascent takes over the bookkeeping of a German company in Kiev.

18.07.2006
Accompanying a renowned Swiss company in Ukraine
Ascent receives an order to accompany Glas Troesch AG in their expansion in Ukraine. Our company assumes a wide range of functions to accelerate the start of the production in this country.

15.05.2006
Company founding in Switzerland for Eastern European customers
Ascent advises a Ukrainian entrepreneur on the opening of a branch company in Switzerland.

05.05.2006
Headhunting Order in Moscow
Ascent processed the request of a Swiss company working in the area of electricity production for the search and selection of two specialists in Moscow.

04.04.2006
Event on Romania in cooperation with OSEC
In collaboration with OSEC Ascent organized an event in Zurich about the opportunities for Swiss KMU in Romania.

03.04.2006
Investment project in Prague
Ascent establishes the contact between Swiss investors and start-up projects in Prague.

02.04.2006
Business trip to Switzerland
Ascent organized the stay of a group of Ukrainian and Russian companies involved in the construction sector in Switzerland. The program included visits to swiss companies.

28.03.2006
Order for company search in Moscow
Ascent received an order from a Swiss manufacturer in the construction sector to find a potential importer and general distributor in Moscow. The positive outcome of the search lays the foundation for the development of longer term cooperation between the two companies.

14.09.2005
Marketing research of the beverage market
Ascent was contracted by a French firm to conduct an overview of the market for mineral water in four Eastern European countries. Thanks to our local representations we were able to work simultaneously in Poland, Romania, Russia and Ukraine and could finish the project within a very short time.

08.07.2005
Ascent organizes the stay of the Swiss cycling team at the European Championship in Moscow
In a motivational event on the Red Square and in the restaurant Boris Godunov the Swiss ambassador in Moscow and representatives from the Swiss local community were present. http://www.ascent-ag.ch/cycling Foto documentation of the event